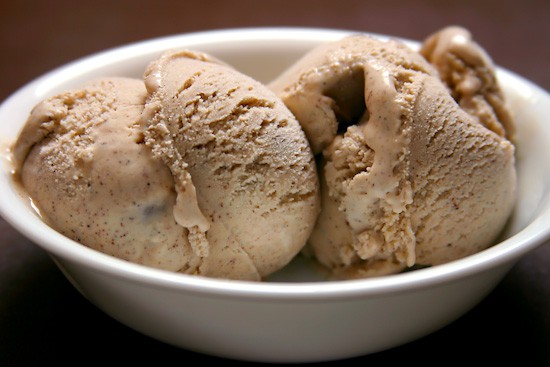 This cinnamon ice cream is an older post from deep in the Pinch My Salt archives that I decided to dust off and pull forward to share again. It was originally published in September 2006. Enjoy!

I purchased my ice cream maker late in the summer and therefore this second frozen concoction to emerge from it is a dense, creamy cinnamon ice cream that manages to straddle the seasons.

It is cooling for the still-too-warm days of late summer but welcomes fall with the warm flavors cinnamon and vanilla.

How it is I’ve been on this earth for 31 years without ever tasting a cinnamon ice cream is a complete mystery to me. Even though I have tasted so many wonderful gelatos in Italy, (each time exclaiming, “this is my new favorite flavor!”), I can now say that this cinnamon vanilla ice cream is the best I’ve ever tasted.

I started with this recipe found on allrecipes.com and the main change I made was to use a vanilla bean to replace the vanilla extract in the recipe. Doing this intensified the vanilla flavor and the little specks of vanilla seed add an interesting texture.

Amazingly, the vanilla was not overpowered by the cinnamon—the two flavors stand up side by side and complement each other perfectly.

If you are excited about the first day of autumn but not ready to let go of the frozen delights of summer, this cinnamon ice cream is what you need! The recipe is scaled for a 1 1/2 quart ice cream maker and I used my favorite Cuisinart Ice Cream Maker.

If you’ve been thinking about buying an ice cream maker, you should take the plunge and do it. This ice cream recipe alone will make it worth your while. Just imagine your Thanksgiving apple and pumpkin pies topped with homemade cinnamon vanilla ice cream… need I say more?

1. In a saucepan over medium-low heat, stir together the sugar and half-and-half. When the mixture begins to simmer, remove from heat.

2. Whisk half of the cream mixture into the eggs (whisk quickly so as not to scramble the eggs). Pour the egg mixture back into the saucepan, and stir in the heavy cream.

4. Return the cream mixture to the stove and continue cooking over medium-low heat, stirring constantly, until the mixture is thick enough to coat the back of a metal spoon.

5. Remove from heat and strain mixture through a fine mesh sieve into a bowl. Whisk in the cinnamon then set aside to cool. When mixture has cooled a bit, cover and refrigerate overnight or several hours until well chilled (I press plastic wrap over the surface to prevent a skin from forming).

6. Pour cold mixture into an ice cream maker, and freeze according to the manufacturer's instructions. 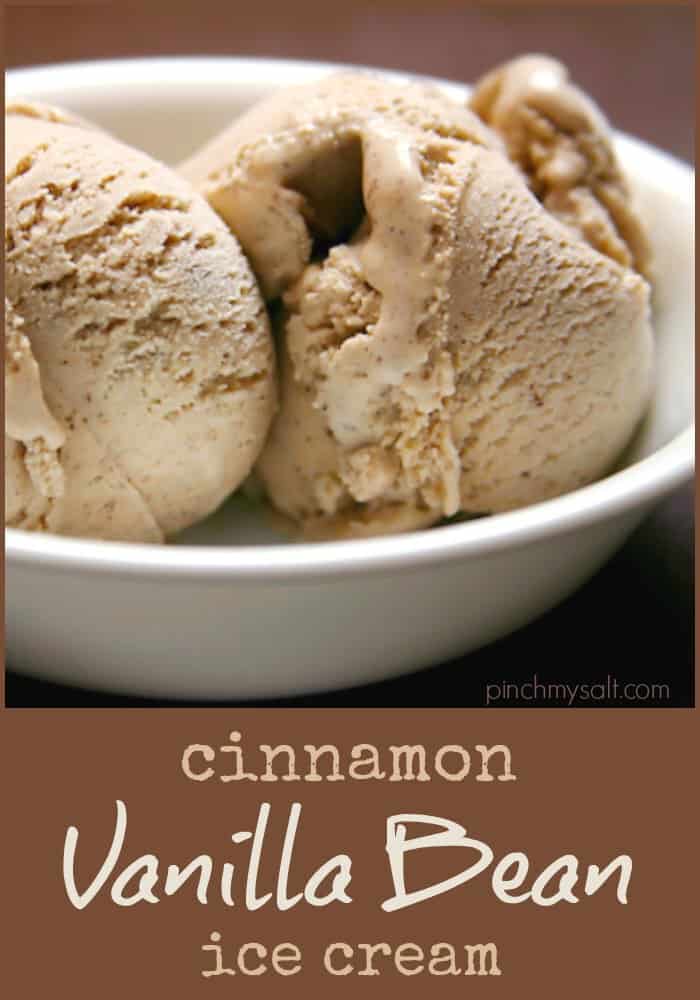