I’ve lived in Sicily for just over four years now and we’ll be leaving the island for good in less than a month. I’m sure I’ll write more about my feelings on that later on. Right now I’m just trying not to think too much about it. So rather than write about what it feels like to be leaving, I thought I would just share some photos that I took over the weekend, just to give you a sense of what life is like here.

We didn’t do much last weekend. Not really. But when I look back at the photos, I feel like the luckiest person in the world to have spent this time here. It still feels like a dream.

I live in Sicily. 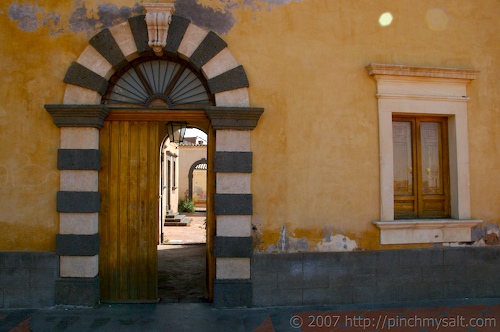 On Saturday morning we decided to drive up to the small town at the base of Mount Etna where we used to live, San Pietro Clarenza. It’s about 25 minutes from where we live now and there is a shop in the town center that sells some of the best pastries around. 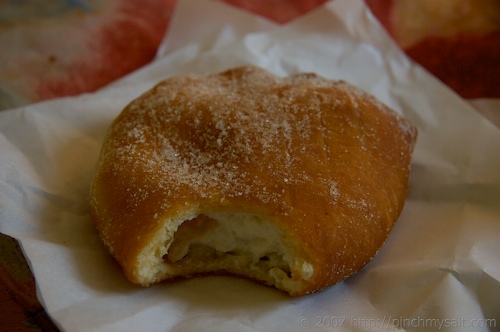 A raviola is a Sicilian pastry that is filled with sweetened ricotta. It is made from yeasted dough and deep-fried so it is similar to an American filled donut (but soooo much better). There is another version, raviola al forno, that is baked. The baked ones are made with a different type of dough…something butter-rich and flaky. They are also wonderful, but messier to eat. I prefer the raviola fritta (fried) when they are available.

But regardless of whether the outside is fried or baked, it is the sweet ricotta on the inside that makes this treat special. The sheep’s milk ricotta here is unlike anything I’ve ever tasted. I will miss it as much as I will miss gelato, granita, and pizza. 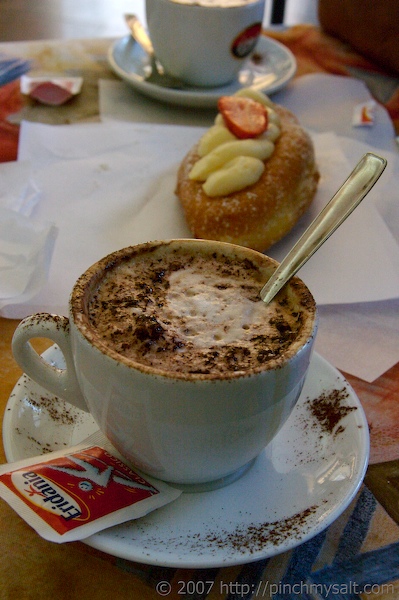 The pastry Justin ordered (because they only had one raviola left) was similar to mine but filled with pastry cream instead. As you can see, it was also topped with more cream and a strawberry. And it was good! 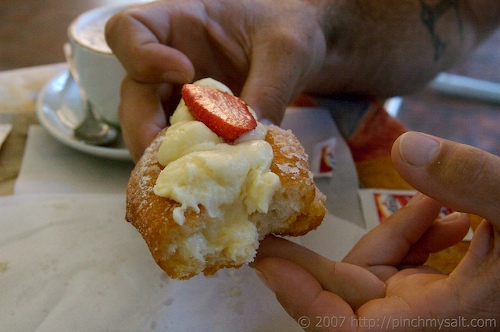 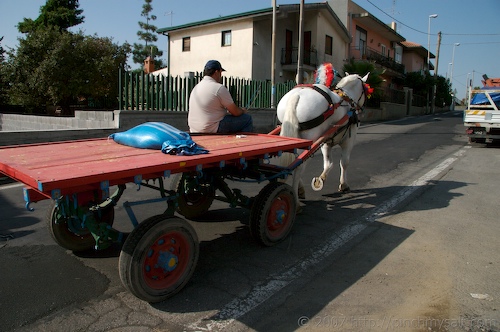 We didn’t actually get stuck behind this guy. We sped around him and stopped up the road so I could hop out and take some photos. I see horses and carts all the time here but this one was fun because the horse was all dressed up. Usually the horses only put on their fancy costumes during festivals. 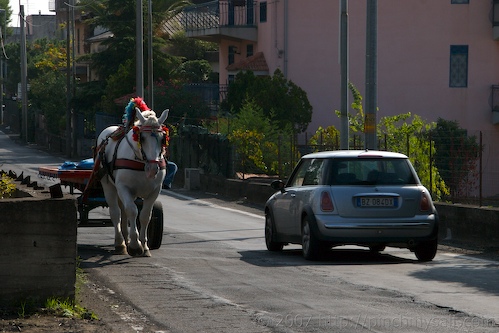 So that was one little part of our day. I think I will break this into two posts but here’s a little hint of how the day ended… 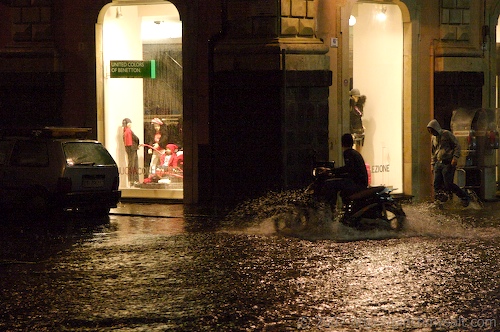