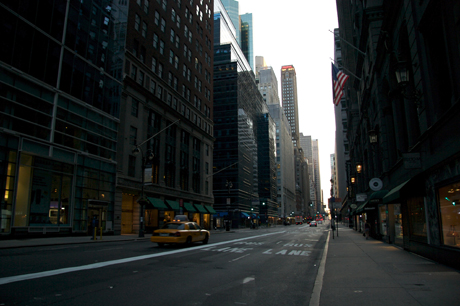 I was lucky enough to stumble upon the Union Square Greenmarket on my very first morning in New York City. As I was jet-lagged and on a crazy sleeping schedule, I was up and out walking in midtown Manhattan at 5:30 a.m. It was a beautiful morning and the only people out were those with running shoes on their feet or dog leashes in hand. I had no idea where I was headed but sometimes there is nothing better than just wandering around a new city alone, absorbing the sights, sounds, and smells. 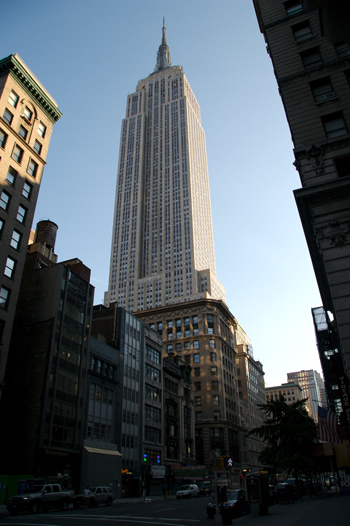 I walked past the lions guarding the New York Public Library, stared up in awe at the Empire State Building, and wandered through Madison Square Park, stopping for a moment to watch some dogs playing in the little dog run area. I realized that New Yorkers are very friendly in the early morning as I received many smiles, “hellos,” and was even introduced to an adorable bulldog named Gino.

As I continued wandering, I came upon the Union Square Greenmarket just as the trucks were unloading and vendors were beginning to set up. It was an unexpected and wonderful surprise as this particular Greenmarket was high on my list of things to experience in NYC. It was the best farmer’s market I’ve ever seen and all of the vendors I spoke with were very friendly and full of information. I was impressed not only with the quality and variety of items for sale but also the reasonable prices. I spent a couple of hours wandering around, taking photos, talking to people, and of course, eating. 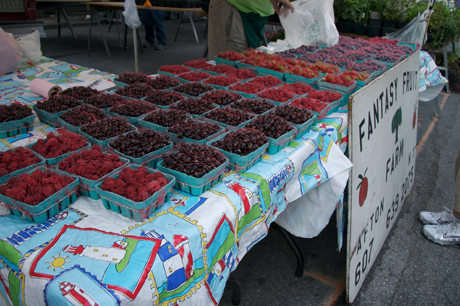 I bought blueberries, raspberries, fresh organic yogurt, a loaf of olive bread, a log of herbed goat cheese, a basket filled with cherry tomatoes of varying sizes and colors, and a cup of fresh basil and mint iced tea sweetened with honey. I ate some of it for breakfast and packed the rest into my backpack for lunch. I also picked up some recipes and flyers from the Greenmarket information booth and I want to share some interesting information about buying local food.

1. Local food tastes better — Food imported from far away is older, has traveled on trucks or planes, and sat in warehouses before it finally gets to you. 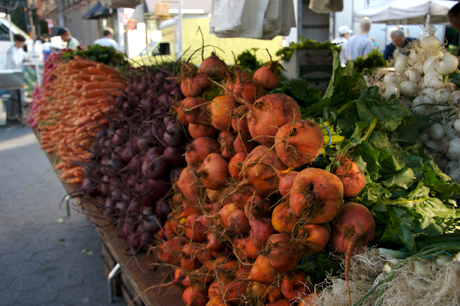 2. Local produce is better for you — The shorter the time between the farm and the table, the few nutrients will be lost. 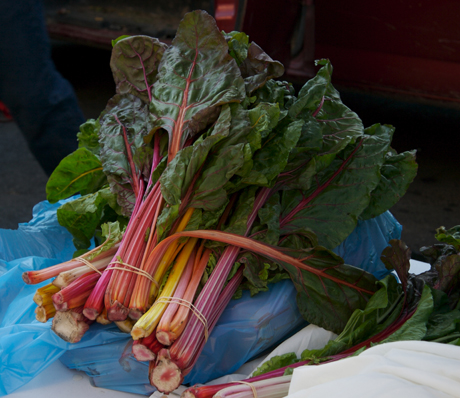 3. Local food preserves genetic diversity — In the modern agricultural system, plant varieties are chosen for their ability to ripen uniformly, withstand harvesting, survive packing and last on the shelf so there is limited genetic diversity in large-scale production. Smaller local farms often grow many varieties in an array of colors and flavors. 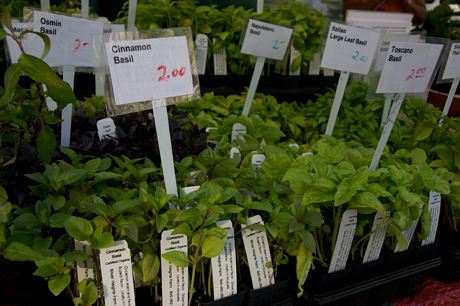 4. Local food is safe — Local farmers aren’t anonymous and they take their responsibility to the consumer seriously. 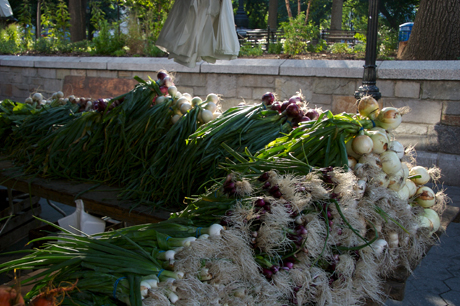 5. Local food supports local families — Wholesale prices are low, often near the cost of production. Local farmers who sell directly to consumers cut out the middleman and get full retail price for their food, which helps farm families stay on the land. 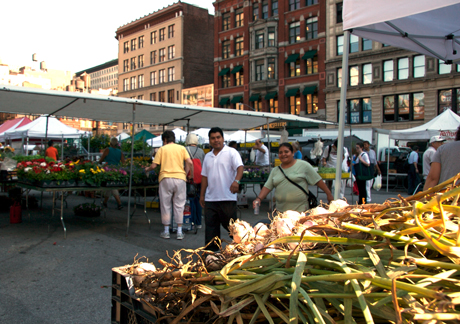 6. Local food builds community — When you buy direct from a farmer, you’re engaging in a time-honored connection. Knowing farmers gives you insight into the seasons, the land, and your food. It gives you access to a place where your children and grandchildren can learn about nature and agriculture. 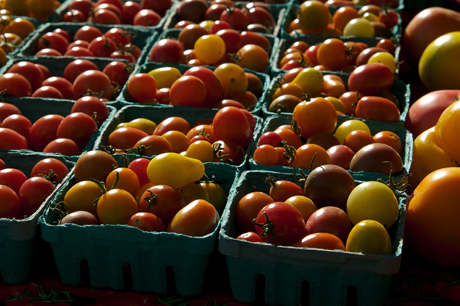 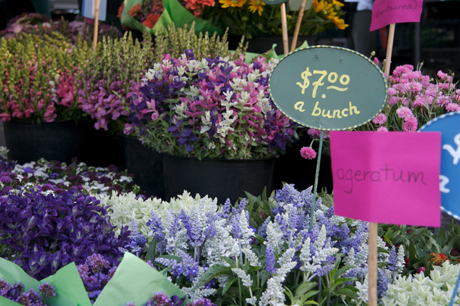 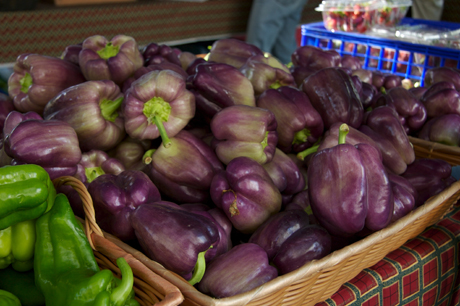 9. Local food benefits the environment and wildlife — Well-managed farms conserve fertile soil and clean water in a patchwork of fields, meadows, woods, ponds, and buildings that provide habitat for wildlife. 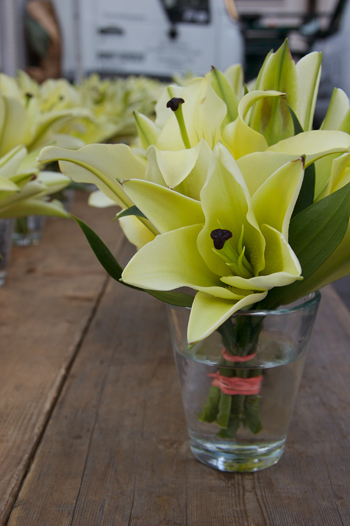 10. Local food is an investment in the future — By supporting local farmers today, you help ensure that there will be farms in your community tomorrow. 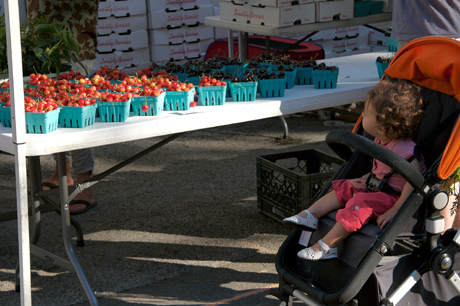 This information was provided in the form of a flyer at the Union Square Greenmarket in New York City and was reprinted from “With an Ear to the Ground” by Vern Grubinger.

To learn more about New York City Greenmarkets, visit Council of the Environment of NYC and click on the Greenmarket section.