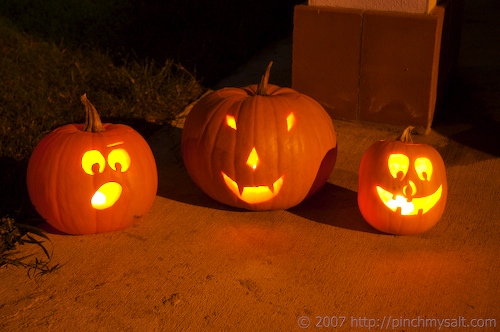 Since we were stuck sitting outside for two days while our house was packed up, we managed to get some pumpkins carved in time for Halloween this year! I’m happy to say that the hard part of our move is over but I found out today that we will be stuck in our empty house for two more weeks. Surprise! These are the things you get used to as a military family 🙂

Although it will be strange camping out in our empty house, I’m happy to have the extra time here to do some last minute traveling! And, I’ve already picked up some cheap kitchen supplies from the thrift store on base so there will hopefully be some new recipes popping up soon!

In the meantime, here are some photos of my dog Smack dressed up in his very first Halloween costume. I don’t normally put clothes on my animals but I couldn’t resist this glow-in-the-dark skeleton t-shirt I saw at Old Navy last year when I was in the states. I had completely forgotten about it until I found it during the moving process. I think he actually likes wearing it! 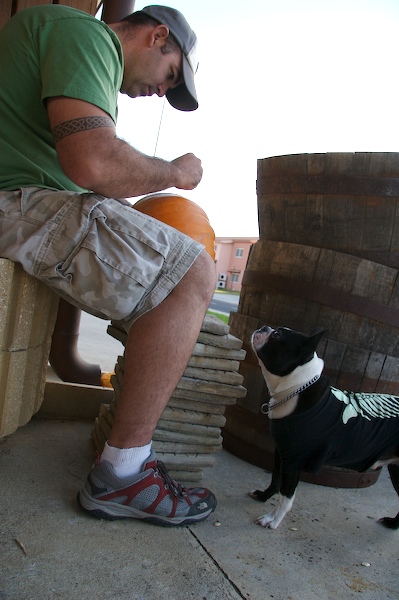 We discovered that Smack likes to eat pumpkin guts, including the seeds. We managed to stop him before he ate much but he did enjoy licking the jack o’ lanterns after they were carved! 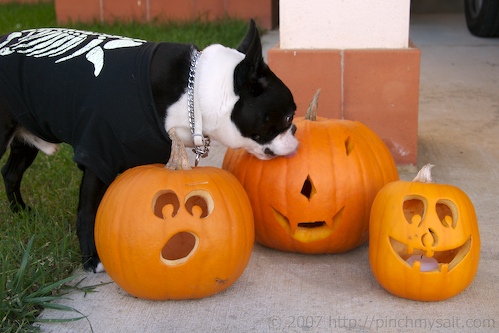 And here he is, patiently waiting for the Trick or Treaters to show up. Unfortunately he doesn’t stay this calm when people actually show up at the house! 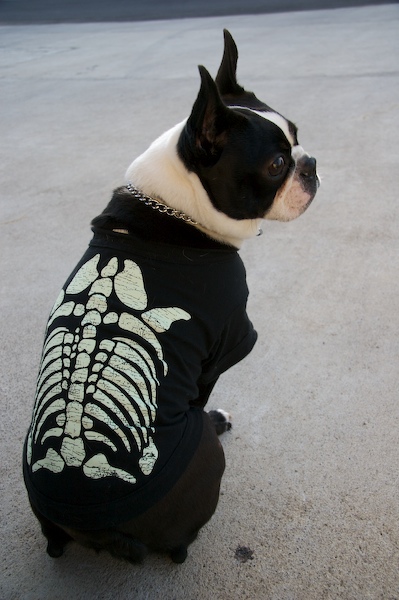 Hope you all have a happy Halloween!