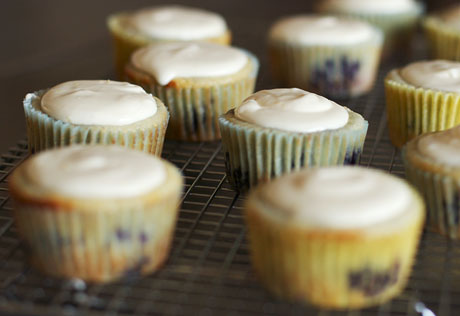 I can’t remember the last time I made cupcakes. It’s just not really my thing. It’s not that I dislike them. I mean, what’s not to like? They’re cute, they’re easy, they’re made of cake and they’re covered in frosting! No wonder so many people decided in the last few years that cupcakes should no longer be strictly relegated to school birthday parties. The cupcake craze has been sweeping the nation for quite some time now and the fact that I haven’t dedicated at least one blog post to this trendy treat shows how decidedly unhip I am (like I really had to point that out). But, whatever. My friends Jon and Julie just had the cutest baby on the planet and when Julie, sleep-deprived and recovering from an emergency C-section, repeatedly mentioned that she would love to taste the Lemon-Scented Blueberry Cupcakes that she saw in her Cooking Light magazine, I decided that maybe it was time for me to finally join the cool kids and bake some cupcakes.

The recipe was the grand prize winner in the second annual Cooking Light Ultimate Reader Recipe Contest. Cooking Light has some great recipes but I usually don’t make ‘light’ desserts. I don’t substitute splenda for sugar and I never use any of the strange reduced-calorie butter substitutes, fat-free sour creams or cream cheeses. I like to create healthy recipes but I always use real ingredients and I’ve always felt that at my house, dessert needs to be a real dessert. To me, dessert is a special treat and since it’s not something I eat all the time, I don’t feel the need to try to lighten up my favorite desserts. If I feel that I need to cut back, I’d rather go without dessert than eat something that tastes like diet food. But this cupcake recipe uses real butter and sugar, just not in excessive amounts. I can deal with that 🙂 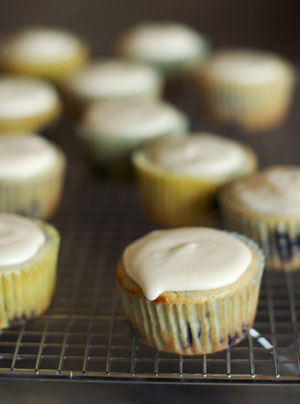 I would call these little treats cupcakes only because of the frosting. If the frosting was left off, they would easily pass as muffins. In fact, I think I’ll try these sometime with whole wheat flour, leave the frosting off, and eat them as breakfast muffins. That being said, the frosting is what makes these one of the best desserts I’ve had in a while! I love any kind of cream cheese frosting but this tart and tangy lemon frosting was one of the best I’ve tasted. It was a little on the runny side but it worked fine. As I was eating it (with a spoon), I had visions of all the other cakes and cookies I could frost with this stuff!

The only problem I had with this recipe is that my cupcakes were flat. Well, maybe concave is a better description 😉 They didn’t look like the cute rounded cupcakes that I saw in the magazine photo! But they looked fine with a dollop of frosting on top and, with my limited cupcake-making experience, I don’t really know if the cupcakes are even supposed to be rounded on top. 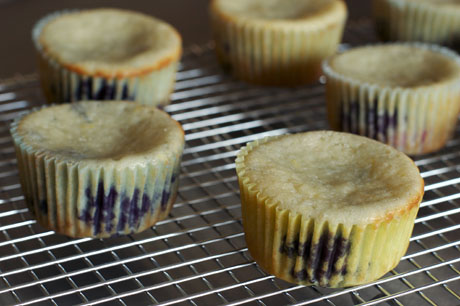 All in all, this was an easy dessert recipe that tasted great. The blueberry and lemon flavors go together perfectly, the cake is moist with just the right amount of sweetness, and the tart-sweet frosting is to die for! If you’re a cake snob, you might be offended by the muffin-like texture of these cupcakes. But if that’s the case, maybe you need to lighten up! 🙂 You can find the recipe for Lemon-Scented Blueberry Cupcakes here.

Now, I’d like to share a photo of Cayla Madison, the cutest newborn I’ve ever seen, who inspired me to bake the cupcakes in the first place! 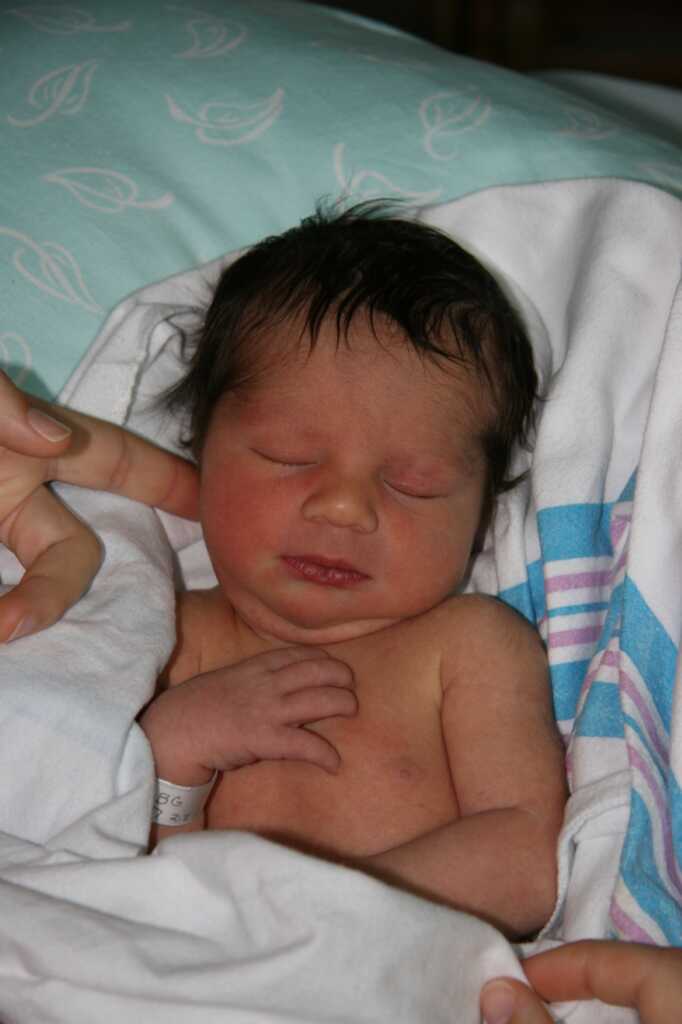 Happy Fourth of July everyone, enjoy the fireworks!