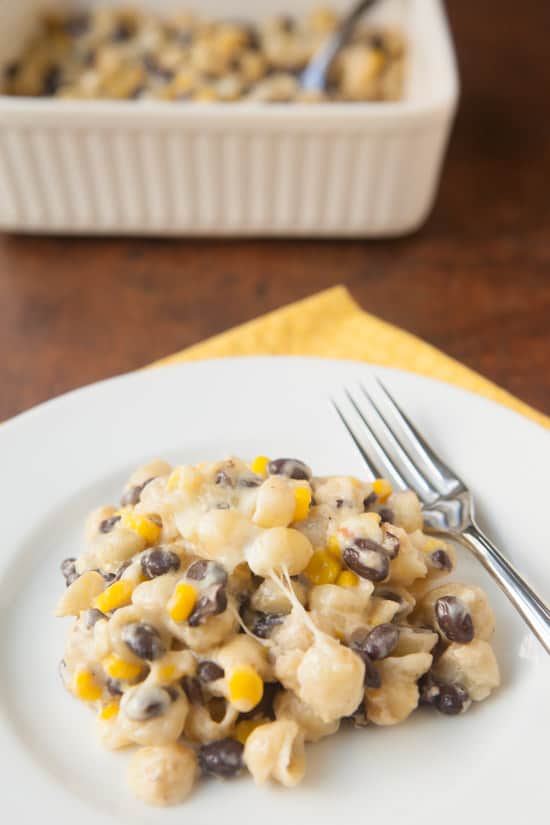 It’s been at least a few years since I’ve stocked boxes of macaroni and cheese in the pantry, but we visited Grocery Outlet for the first time recently and Phil insisted on grabbing a couple boxes of Horizon organic mac. This stuff was apparently one of his kitchen staples before he went and married a food blogger and there’s something about Grocery Outlet that makes you put lots of random things in your cart, whether you need them or not. 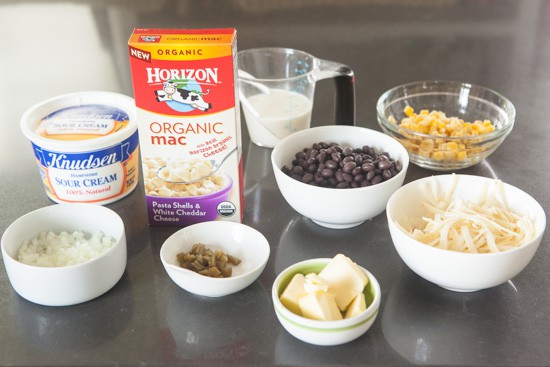 I had never tasted this organic mac and cheese since I’ve always been pretty loyal to the bright orange Kraft version on the occasions that I’m craving food from a box. But last night, home alone and hungry, curiosity got the better of me and I started to wonder how this brand compared to my childhood favorite. 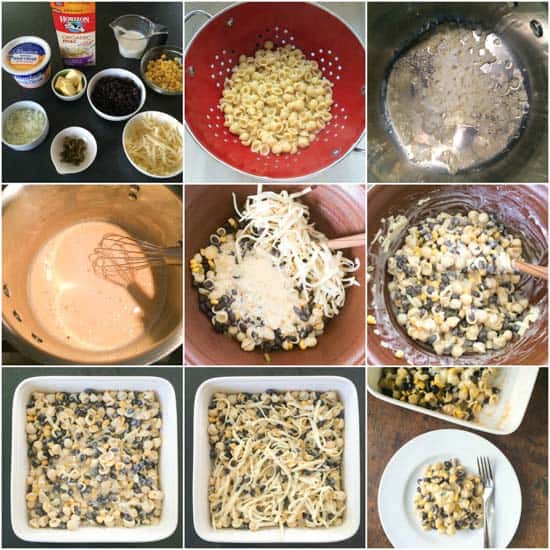 But as soon as I made the decision to try it, I started thinking about how I could change it, because I just can’t help doing that. I had about a cup of cooked black beans in the fridge that really needed to be eaten and I decided that instead of eating them on the side, I’d just stir them into the mac and cheese. And once I decided that, the corn and shredded pepper jack cheese just seemed like a natural fit. And then I remembered I had a few pickled jalapeños left over from a can I opened last week so I added one of those as well. And onions and sour cream? Well, why not. 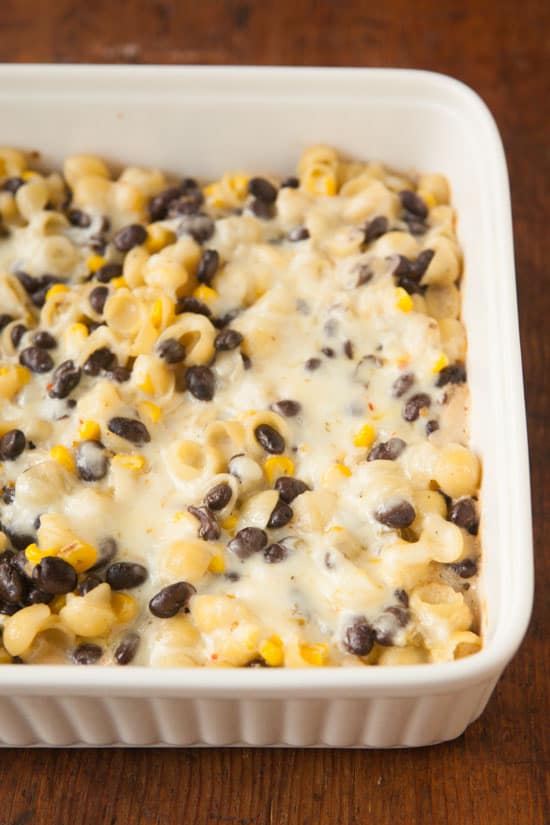 So, I combined all those things, increased the milk and butter a bit so it wouldn’t dry out when I baked the whole thing with cheese on top, which of course had to happen. At this point, I was thinking to myself why on earth didn’t you just make macaroni and cheese from scratch? But the end result was pretty good, even if I still have no idea how the Horizon organic mac and cheese compares to the Kraft version. I’ll have to ask Phil to make the other box for me one night since I obviously can’t be trusted to follow the directions. 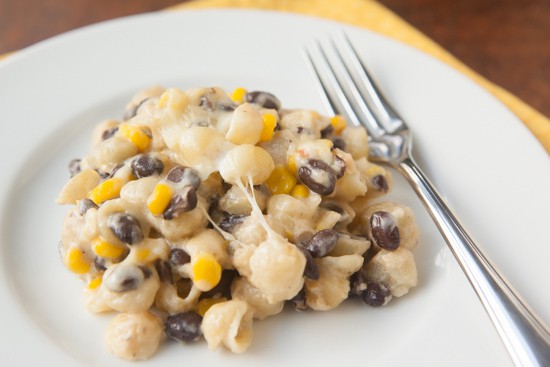 1/2 cup milk (whatever you normally use is fine, I used whole)

Boil pasta according to package directions but stop cooking one minute earlier than suggested (for Horizon cook 9 minutes). Pasta will finish cooking in the sauce. Drain pasta and put it in a large mixing bowl. Add the frozen corn and toss while the pasta is still hot, which will defrost it. Stir in the beans and chiles as well and set aside.

Return the pasta pot to the stove and melt one tablespoon of butter over medium-low heat. Add the onions and cook, stirring occasionally, until softened and just starting to lightly brown, 5-7 minutes. Add milk and remaining two tablespoons of butter and turn heat up to medium. Stir milk until the butter melts then turn off the heat and whisk in the cheese packet and two tablespoons of sour cream.

Pour sauce over pasta then add half of the shredded cheese and stir everything until well combined. Pour pasta mixture into the greased casserole dish and sprinkle with the remaining cheese. Bake in preheated 375 degree oven for 20-25 minutes, until cheese is melted and pasta is bubbling around the edges

Don’t miss out on any recipes! Sign up to receive Pinch My Salt updates by email.