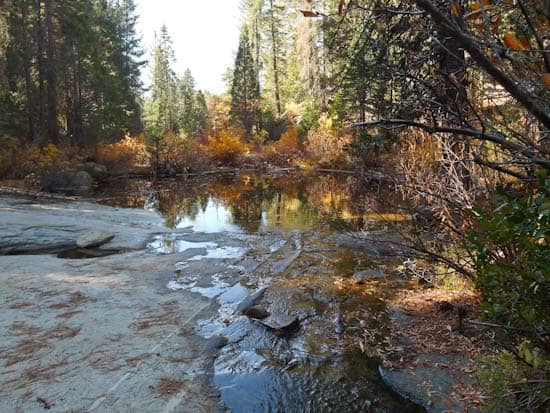 I can hardly believe that October is over, but I’m happy to meet November again, nonetheless.  It’s the month of important birthdays, Thanksgiving, and days finally cool enough to wear big hooded sweatshirts and fuzzy slippers.  It’s also National Blog Posting Month where I force my writing, photos, or recipes on you every single day until we’re all sick of me.  Ah, November.

The last time you heard from me, I had just pledged to avoid unprocessed foods for the month of October along with the thousands of other people who signed up for October Unprocessed this year.  What you don’t know is that Phil and I decided to take it a step further and attempt the Whole30 Challenge, where you remove all sugars (even natural ones like honey), alcohol, dairy, grains, legumes, and processed vegetable oils for 30 days.  The Whole30 is basically 30 days of following a very strict Paleo-style diet, which is more restrictive than I ever plan to be on a regular basis, but I have to admit is a very healthy way to eat if you can manage it.  We decided to try the Whole30 for a few reasons.  First, we are both trying to get as healthy as possible to increase our chances of having a healthy pregnancy and we thought this would be a great way to jump start a new healthy eating plan.  But we’ve also been wondering if Phil has a sensitivity to either dairy, wheat, or both.  By stripping down his diet completely then adding things back in carefully, we’re hoping to be able to figure that out.  And finally, I’m going to be wearing a wedding dress in January and I’d like to lose some weight.

So we did it.  We made it through the entire month of October following the Whole30 Program pretty closely, eating mostly vegetables, organic/pastured meats and eggs, nuts, and fruits.  When I wanted a bit of sweetness in a savory dish, I used dates, which turned out to be very versatile.  I also used a bit of stevia extract in my coffee (I don’t think stevia is really Whole30 approved, but I did it anyway).

Everyone always wants to know about weight loss first, so I’ll just go ahead and fill you in now.  I lost about 8 pounds and Phil lost 14.  We didn’t exercise much and we weren’t eating super low carb because we ate lots of sweet potatoes and other root vegetables and fruit, but we were certainly eating fewer calories – especially the second half of the month because that’s just what happens when you cut so many food choices out of a diet.  For me, the weight loss wasn’t more drastic than any other way of dieting.  I can usually manage to lose 2 pounds per week anytime I’m following a strict diet and yes, this did feel like a strict diet.  Phil on the other hand lost a lot of weight very quickly and he was eating a lot of carbs and calories at the beginning of this challenge (I wanted to make sure he didn’t feel deprived so that he would be able to stick to it).  Since we think that he probably does have at least some mild food sensitivities, that might help explain the quick weight loss.  It did slow down about mid-month and by the last week his weight had pretty much stabilized.

For me, the biggest physical change other than the steady weight loss is my skin.  My face was breaking out quite a bit in September and by mid-October it was completely clear and has stayed that way.  It also just looks and feels better in general.  My breakouts are generally tied to hormones and sometimes I will go a month or two with clear skin, so it’s not extraordinary that this has happened.  However, I can tell that the diet has helped my skin and seems to be helping with some other hormonal issues.  It’s just hard to tell how much it’s helping since my body is still normalizing after the last miscarriage.  Phil says he feels better in general and a lot of the issues that made him think he might have food sensitivities have cleared up.  We’ve both had more energy and have been sleeping well all month.

So now what.  Well, we’re both looking forward to adding some of our favorites back to our diets, but we’re planning on doing it slowly and deliberately so we can pay attention to how we feel after introducing certain foods again.  We did celebrate the end of October Unprocessed a bit early by indulging in some Halloween candy as we were passing it out last night.  We stuck to gluten-free candy since Phil isn’t going to add wheat back in for a few days.  The candy made us both feel really awful, which we knew it would.  But that’s good because I don’t have any desire to eat that crap again (until the next time there’s a huge bowl of it in front of me).  Today I tried some cheese –  Kerrygold Reserve Cheddar, to be exact.  I’m not expecting any serious ill effects from re-introducing good quality cheese here and there, but since I’ve never done this before, I won’t know until I know.

So here are my thoughts about completing the Whole30 Program.  First of all, I’m glad we did it.  It got me back in the kitchen and cooking regularly, which I hadn’t been doing for quite a while.  It forced me to eat tons of vegetables, which I love to do, but hadn’t been doing.  It made me realize how much dairy I consume, which is probably way too much even for someone who tolerates dairy well.  I learned to make almond milk and cashew milk.  I learned to make almond butter, which is so simple and delicious that I may never buy peanut butter again.  It made me realize (again) that food tastes so much better when you’re off sugar for a while.  By mid-month, sliced banana with homemade almond butter and unsweetened shredded coconut was a delicious and satisfying dessert.  I already knew that I feel better on a lower-sugar, low to moderate carb diet and I’ve always preferred to eat homemade, whole food over processed food.  But bumps happen in life and sometimes stress, lack of time, depression, or any number of things can get in the way of eating the way we want to or know we should eat.  We found ourselves in that situation and the Whole30 Challenge helped us get back on track.  It might even be a tool I use in the future to reset my diet when it’s feeling a bit out of control, which inevitably will happen on occasion.

Now, do I think YOU should do the Whole30 Challenge?  That’s up to you and your tolerance for super-restrictive, labor-intensive (there’s no way around it, you have to spend some serious time in the kitchen to do this right) diets.  I think it’s a great learning tool for those who feel terrible and have never tried to figure out what foods might be contributing.  I think just about anyone will feel great after this way of eating for 30 days.  But I also think that just about anyone will benefit from cutting all sugar from the diet for 30 days or avoiding unprocessed foods for 30 days or even just walking 30 minutes a day for 30 days.  You get the point.  Don’t do this just because you are the type of person that can’t walk away from a challenge.  Do it if you are in a place where you absolutely need something drastic to turn yourself around or if you are truly committed to figuring out the right way to eat for your own body.  Just about everyone will benefit from eating this way but that doesn’t mean you won’t also feel good if you add some quality dairy products back in or if you start eating rice again in place of cauliflower.  Maybe you’ll find out that you feel much better without wheat but you’re fine with dairy.  Maybe you’ll find out that your body does great with all grains but dairy is the cause of all those headaches you’ve been suffering through.  And maybe you’ll find out that you can eat whatever you want, whenever you want.  Whatever you decide, November and December probably aren’t the best months to start something like this.

If you’d like to read more about the Whole30 and learn why all of those “healthy” foods are removed from the 30-day plan, here’s all the information: Whole30 Program