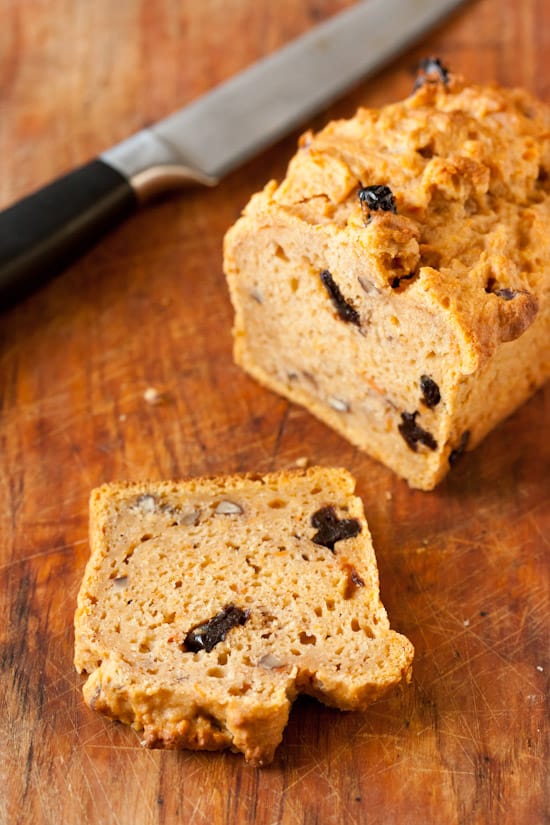 I love quick breads.  They’re easy to make, the recipes can easily be changed up to fit your mood, and pretty much everyone loves them.  I know I haven’t met a quick bread I didn’t like.  So when I saw a recipe for a Sweet Potato Cranberry Quick Bread pop up on Facebook yesterday from a new-to-me food blog called Beard & Bonnet, I had to investigate a little further.

It turned out that the delicious-looking loaf was also gluten-free, which is actually perfect since Phil is currently avoiding gluten and he recently brought home a bag of gluten-free all purpose flour mix from work for me to experiment with.  The flour is called Cup4Cup and according to the web site, Cup4Cup was developed in the famed French Laundry in Yountville, CA, by Lena Kwak, then the restaurant’s Research & Development Chef.  It’s called Cup4Cup because of its ability to replace all-purpose wheat flour in traditional recipes cup for cup, making it easier for those transitioning to a gluten-free diet to use some of their old favorite recipes without having to change anything.  You would use this flour for things like cakes, cookies, quick breads, and biscuits, etc., but not something like a sandwich bread.  There are suggestions for use on the web site along with some recipes that look really great.  I’m gonna try the brioche rolls soon. The one drawback to this flour is that it’s pretty expensive, but I think it’s a great option for occasional treats.  It worked wonderfully in this sweet potato bread. 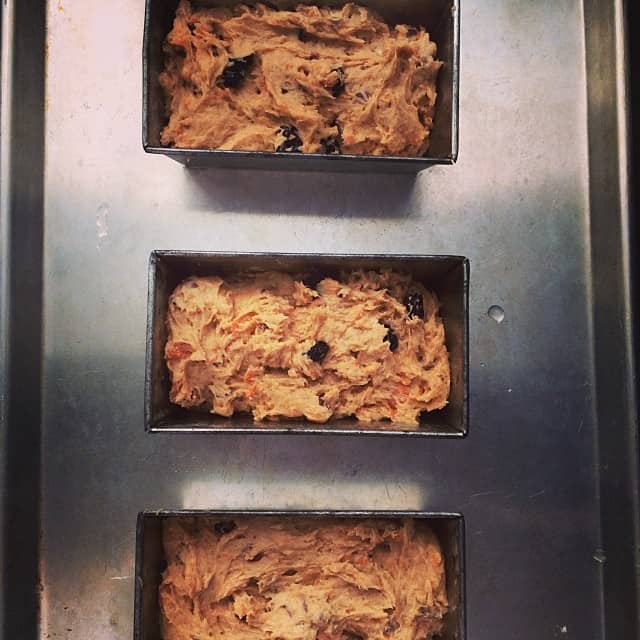 So I basically followed the sweet potato quick bread recipe from Beard & Bonnet pretty closely, but I didn’t feel like going to the grocery store so I made some changes based on what I had on hand and what sounded good to me this morning.  I substituted buttermilk for almond milk (because of this I decreased the baking powder to 2 tsp and added 1/2 tsp baking soda, although I’m not sure this was entirely necessary).  I used light brown sugar instead of regular granulated sugar, just because I like the flavor of brown sugar and I felt like using it (next time I might use some maple syrup).  I substituted dried tart cherries for cranberries because when I looked in the pantry, I saw the cherries first.  And I added 1/2 cup of chopped pecans, because pecans just make everything better.  I also divided the batter between three mini loaf pans rather than baking one big loaf – one for Phil, one for me, and one to give away! 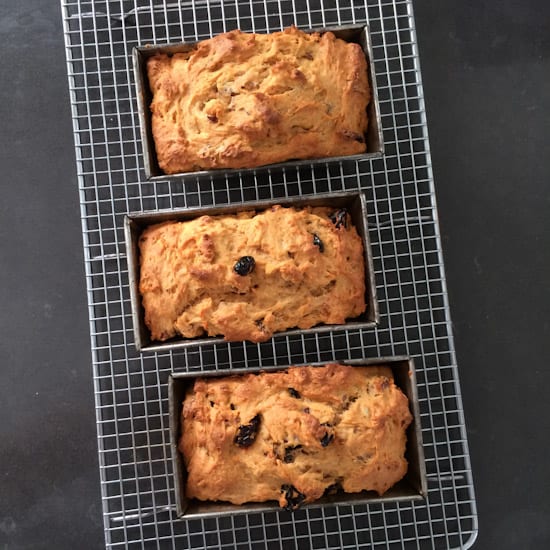 The batter was pretty thick and sticky and it was kind of hard to divide it between the pans evenly.  As you can see, it really didn’t want to smooth out either.  But it rose nicely and had a really nice texture once it was baked.  I like to think that the craggy tops just gave my little loaves more character. 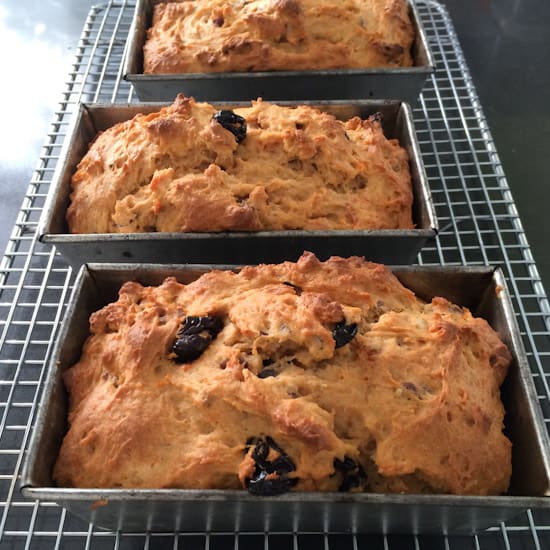 This sweet potato bread is really good.  The texture is perfect and it’s packed full of fall flavor without being overly sweet.  For those of you who don’t need to be gluten-free, I think this recipe would work just fine with wheat flour and I might try it next time with a combination of all purpose and freshly ground whole wheat flour.

If you’d like to give it a try, you can find the full recipe at Beard & Bonnet.