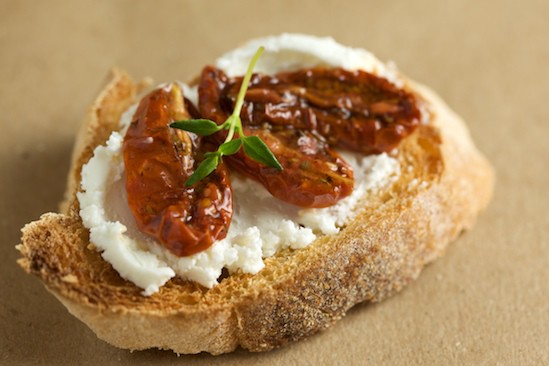 I’m beginning to think there’s nothing quite as satisfying as making a tray of slow-roasted tomatoes.  Now, I know I’ve said this about a lot of things.  Bread, for example.  And it’s true that there’s nothing quite as satisfying as making a loaf of bread with your own two hands.  But man, these tomatoes are something.  And they are simple.  So simple, that the extraordinary flavor almost doesn’t make sense.  The flavor is sweet, but intense.  Sultry, even.  You’ll see.  You’ll be smitten, too.

If there’s one thing I learned about food while living in Sicily, it’s this:  less is more.

Want to learn how to cook?  Quit trying to follow complicated recipes out of fancy books.  First, you must simplify.

What ingredients do you like?  Walk through the produce section of your grocery store or your local market without a grocery list and without any particular recipe in mind.  What catches your eye?  What calls to you?  Pick it up, take it home, and see if you can figure out the simplest way to make it taste really great.

There are very few ingredients, animal or vegetable, that wouldn’t benefit from something as simple as a drizzle of olive oil, a pinch of kosher salt, or a squeeze of lemon juice.

But wait, you want to know about these tomatoes, don’t you? 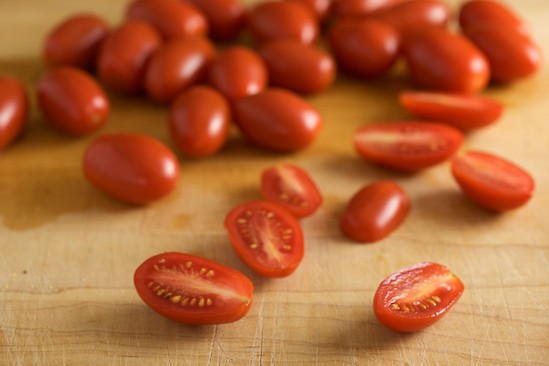 The great thing about slow roasting tomatoes is that you can make even run-of-the-mill grocery store tomatoes taste great.  All you need are a couple of baskets of grape or cherry tomatoes, some cloves of garlic, olive oil, salt, and that jar of Italian seasoning that’s been hanging out in the back of your spice cabinet.  See?  It’s simple. 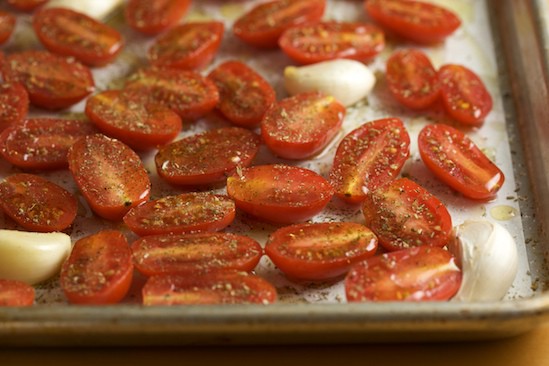 While the idea of turning on the oven for three hours during the last heat wave of summer probably isn’t that appealing, the temperature will be so low that you won’t even notice it’s on.  Trust me, I did it yesterday.  And yes, we really are having a heat wave here in Southern California. 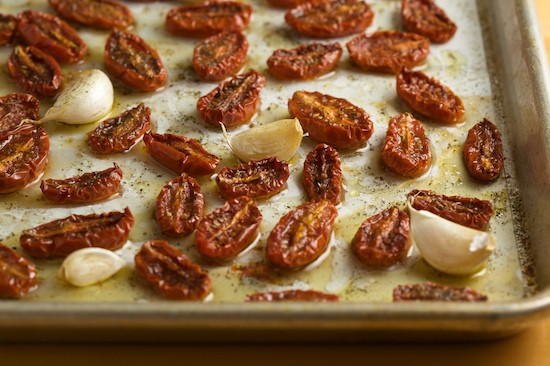 It’s highly unlikely that you’re going to have any leftovers, but the tomatoes can be stored with a bit of olive oil in a covered container in the refrigerator.  The garlic cloves can be peeled and eaten (mmmm…roasted garlic…) or just tossed in with the tomatoes for extra flavor.  But again, make sure everything stays refrigerated if you aren’t going to eat them immediately.  But, you will eat them immediately. 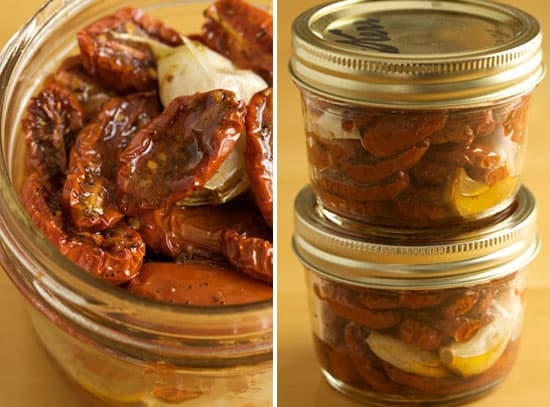 My absolute favorite way to eat these tomatoes is on bruschetta smeared with goat cheese.  If you’re in search of a simple appetizer that will completely blow your guests away, here it is. 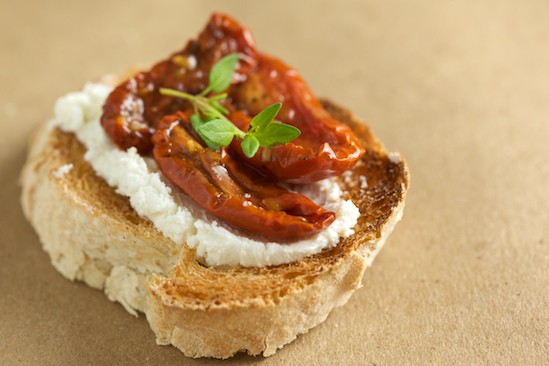 Now these tomatoes are certainly not my idea.  There are tons of recipes for slow-roasted tomatoes floating around out there and really, I suggest you customize this to suit your own taste.  The version I like comes from Deb at Smitten Kitchen, so be sure to head over there to read about her gorgeous tomatoes and gorgeous new baby, before making some of your own.

1. Line a half-sheet pan with parchment paper and heat oven to 225 degrees.

2. Cut enough tomatoes to fill the sheet pan (about 2 small baskets should do the trick) and place them cut-side up on the parchment paper.  Scatter a handful of unpeeled garlic cloves throughout the tomatoes.

3. Drizzle olive oil all over the tomatoes, then sprinkle lightly with kosher salt.

4. Mix together some of your favorite dried Italian herbs (or just use a commercial blend) and measure out about 2 teaspoons of the mixture. Grind the herbs into a powder using a spice grinder or mortar and pestle then sprinkle evenly over the tomatoes.

5. Bake tomatoes at 225 degrees for 3-4 hours, or until they have shriveled but still contain a bit of moisture inside.  The time will depend on the size of your tomatoes, so start checking early.

6. Let cool and eat immediately or store in a covered container in the refrigerator.  The garlic cloves can be peeled and eaten or stored in the jar with the tomatoes for a few days, refrigerated.

Recipes Notes: *I really like to include a good amount of fennel seed in my herb mixture.  Even if you think you don’t like fennel, you might enjoy it here.  I like to grind the herbs into a powder before sprinkling over the tomatoes, especially if using fennel seed and/or rosemary.  But, it’s completely optional.  I generally combine five or six different dry herbs such as basil, rosemary, thyme, oregano, marjoram, and fennel.  Use as many or as few as you like.  You might even try leaving the herbs out completely.