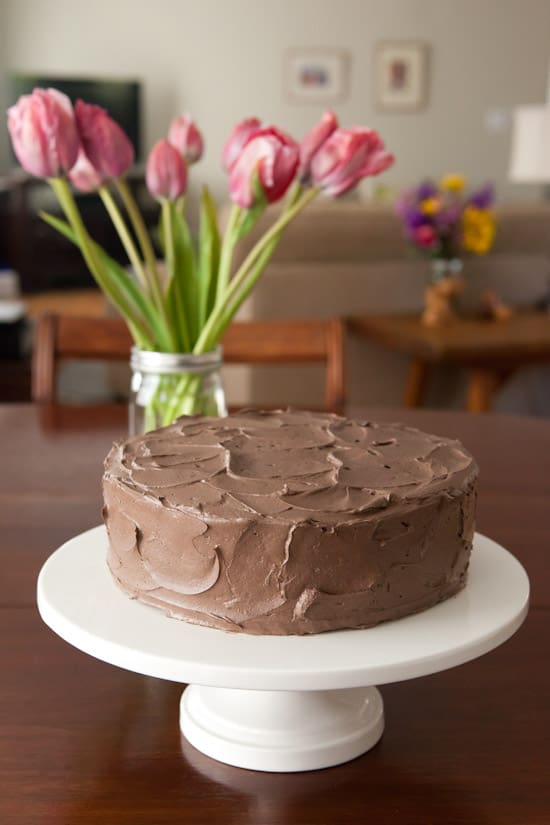 As many of you know, my fiance and I have recently purchased a house and after 20 years of moving around the country and the world, I have moved back to my small hometown.  Although the physical move this time around was only a distance of about 40 miles, it has been quite a journey.  The entire process, which included an arduous and extensive remodel, took up most of our time for an entire year.  And like all huge undertakings, we had ups and downs and questions and doubts along the way.  But now that we’re here and finally settling in, everything is falling into place and it all seems more than worth it.

I love this house.  It is beautiful and filled with light and it’s just the right kind of house to have a homemade cake sitting on the counter.  I love living in a small town again.  I love being a few blocks away from my grandparents and a few blocks away from my aunt and a quick bike ride away from cousins and old friends.  And it’s so nice being within walking distance of a grocery store, restaurants, coffee shop, and park.

I didn’t know I would feel this way.  Part of me was very nervous about moving back here as I’m used to being as isolated as I want to be.  It’s been years since I’ve been somewhere that drop-in visitors were a real possibility.  I’m really not used to having people close enough to know what I’m doing all the time and I was afraid that I would hate it.  But I’m finding the opposite to be true.  After the years of being a military spouse, which can be very isolating, and the series of catastrophes that have made up the last few years of my life, it turns out that I need the support network that I have here, even if it includes people dropping in unexpectedly.

I’ve decided to fully embrace this new life, including my pop-in visitors.  So if you’re in the neighborhood and want to pop in to say hi, you’d better be prepared to stay for a cup of coffee and a slice of cake!

Today’s cake is yellow with a delicious dark chocolate buttercream frosting.  I was planning on baking a cake from scratch, but when I was digging in the pantry checking out my flour options, I noticed a lonely box of yellow cake mix I had bought on sale a while back (I use yellow cake mix in my grandmother’s lemon cake recipe so sometimes I buy a couple boxes when it’s on sale).  Since I was planning on yellow cake anyway, I decided I’d might as well use that and just make the frosting from scratch.  I followed this Chocolate Buttercream Frosting recipe from Savory Sweet Life and used Hershey’s Special Dark Cocoa.  This was my first time using that cocoa powder (another thing I bought on sale at the grocery store one day) and it made a really delicious frosting, although the color was a little strange.  The recipe includes either vanilla or almond extract but I used a combination of both – mostly vanilla with just a touch of almond.  I’ll definitely be using this frosting recipe the next time I want just a quick, basic chocolate frosting recipe again.  And next time I’ll probably bake the cake from scratch, too.

So if you’re in the neighborhood, stop on by!  I’ll probably answer the door.